Come and relax in the Mice Village! Chat with your friends, buy some rewards and get a well-deserved rest!
Village is a game mode similar to room 801, but allows custom, private, and international rooms to be made. Like room 801, it's meant to be a place for mice to be able to relax, discuss, manage their mouse, and much more without the worry of gameplay or a timer interfering.

It is common to role-play in village rooms.

Before the release of the village game mode, Room 801 was the only official way to use this mechanic for years.

The village game mode is more important due to the Shaman 2016 released in V1.299.

Starting with the Shaman 2016 event, various NPCs in village rooms can be clicked when you are close enough to them to open up a trade window.

The following are three thematic village concepts created by Maharadjah. 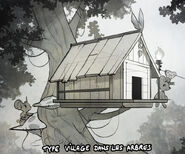 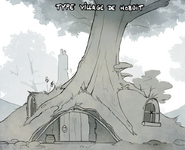