icon. Soulmates in this adventure must not be confused with actual soulmates.

The seats of the Ferris wheel may hold two mice side by side if both stand on it properly. The seats themselves are mulberry and have a light pink heart decoration in the middle. The wood used to form the wheel and the support is a grape color. The swan on the map is artificial and is used as a small boat, but the design is stunningly precise and aesthetically pleasing to fit into the Valentine's Day theme, even if not expected from the mice. The swan can fit multiple mice, but not side by side.

The objective of the adventure map was for players to try and discover who their soulmate was and nuzzle them. Players spawned in 3 different parts of the map: the left (right under the heart board), the middle (below the Ferris wheel), and the right (the garden of thorns).Upon nuzzling one's soulmate, players earned a

Bug Due to the friction of the garden of thorns, players may get stuck on gaps like these, preventing them from completing the adventure.

BugIt was possible to not get the last tile after collecting a total of 60 Hearts. This was later fixed. People who already had 60 hearts would just have to finish the event map once more to get the last title. (Source.) 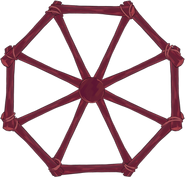 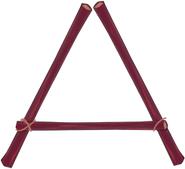