For a list of maps where the shaman can spawn portals, see Category:Portal maps.

Yes
Portals, also known as warps, are two shaman items that can be summoned on maps that have the "Portal" map setting enabled.

Anybody can create portal maps by enabling the setting in the Map Editor while creating a map.

They function as portals that teleport mice and shaman items between each other while maintaining their momentum.

Although they come in two variations: blue and orange (called Warp (in) and Warp (out)), both portals function as both an input or an output.

Anything that goes into one portal comes instantly out the other. Objects going at high speed into a portal (such as falling into one from great height) will maintain their speed when coming out of the other, giving the player the ability to launch themselves or other objects through the air.

While most often times portals are two-way, it's actually possible to create a portal that's one-way through the creative use of terrain. Burying one portal into a solid piece of the level will force mice out the nearest side. There are a number of occasions where this might be used productively in some levels, but like everything, it has its own uses as a trolling tactic as well.

Portals can now be used in a map, but only if portals are turned on in map editor, like the soulmate function. 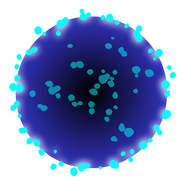 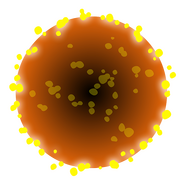