For a list of event inventory items, see Adventure inventory.

on the interface. To use or equip items, click and choose an option. All items stay in your inventory forever except for adventure inventory items, which are specifically linked to an event/adventure and are removed once the event has ended.

Items that perform an action when clicked are called consumables.

Most items on this page are tradeable with other players (assuming the other player doesn't have the maximum amount). Coins (except cheese and seashell), chests and most event items are not tradeable.

The maximum number of items you can have in a single stack is usually 80. Coins, chests and event items have different maximums. If you have reached the maximum and you earn another one, it will not show up on the right-hand side unless it came from opening a letter or Christmas present.

Cheese and seashell coins are tradeable like any other consumable, but other coins are not tradeable. Other than cheese and fraise coins, all coins are only usable in village rooms.

Chests are consumables that reward the player with a random event reward (shop item, title, badge or cartouche) from previous events.

These consumables spawn objects into the game which are thrown by the mouse using them in the direction they are facing. Knockback is how much mice move on initial contact with the consumable. All are collidable except fish. Throwables may only be used after the first 10 seconds of a round.

Paintbrushes allow you to draw on the map in a specific color within a limited radius for a few seconds.

Using a tag adds your username to the screen for the rest of the round, with a little icon next to it (icon depends on the tag in use). This item changes depending on the event. If you collected the egg spray and the event changed to the Fishing event, your tags would change to cheese tags. This is because all tags except one below are in fact the same item (ID 4) and only the image for the item changes.

Stationery paper[1], postcards or letters allow you to send a message to another player. It records the process of drawing the message. On the right side (from top to bottom):

To send it, type in the recipient's username and number in the "recipient" box, then click "submit." The submit button does not work if "#" and the four-digit number are not included.

The recipient is notified of a received letter

in the bottom-right corner (the same place where notifications of obtained inventory items appear), above the bottom user interface. Two buttons are at the right side for the recipient: one that closes the letter

. Both the nickname (in yellow) and mouse (in a brown tint) of the sender appear in the bottom-left corner of the letter.

Costumes or skins are temporary tradeable furs that last for 10 to 20 minutes. They will remain if you log out and back in. The only way to remove a costume before the time is up is to equip a fur over it (you can un-equip/re-equip your current fur).

Pets will follow you around for 1 hour before disappearing. 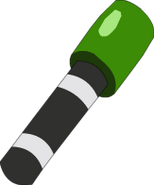 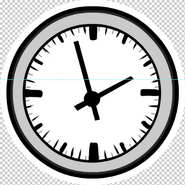 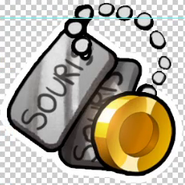