70
Earth Symbol is a skill in the Wildling skill tree. It spawns a triangular object with space inside. It can be ghosted and anchored onto objects.

As seen on debug mode the object is composed of three objects. Whenever the shaman uses the Architect skill on the Earth symbol, only the left side gets ghosted.

It can also be a very useful mousetrap. If you need to stop a few mice from moving forward, you may trap them in this, but you would need Architect or Demolition Worker skill to release them. 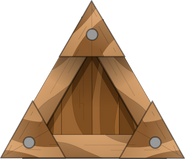 An airship created with an earth symbol 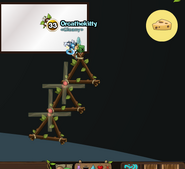 A simple ramp made from earth symbols
Français
Community content is available under CC-BY-SA unless otherwise noted.
Advertisement