For a list of maps with two shamans, see Category:2 Shamans.

Dual Shaman is a type of map which has two shamans, blue and pink. Mouse holes may be color coded, rewarding only the matching shaman (the blue shaman gets shaman saves for cheese brought to a blue mouse hole but not the pink mouse hole). In maps with uncolored holes, both shamans receive credit for every saved mouse.

Shamans may either work together or compete for control of the map. A competing shaman might build faster, trap their opponent, or push them off of the map altogether.

Spirit is a favorite technique since it can be placed anywhere on the map and is usually available. However, it will only be effective if the Shaman is near a ledge and react slowly. Keep in mind that spirit will affect you too, so you might end up just killing both your opponent and yourself, which usually can annoy everyone in the room. To spirit a shaman off the map or into a hole, it is best to place the spark under and slightly to the side of his or her feet.

If the shaman has the Anti-spirit skill, it is also possible to use that in between normal spirit to confuse the other shaman.

In a dual shaman map, a shaman can attempt to block the other shaman's hole, or in other cases trap the other shaman so that he is too far away to build. This forces mice to enter the blocker's hole.

This is usually achieved with red anchor planks, often with a box attached. However, blocking the opposing shaman's hole can also be accomplished with constructions using anvils, boxes, and yellow or blue nails. Certain skills can also be used to block the opponent's hole, such as Cloud or Companion Crate. Shamans should be careful they do not trap mice in the blocked off area or block both holes.

Some shaman skills can also remove a blockage. Recycling can remove red anchors and Demolition Worker can delete any summoned objects, including those summoned by skills.

With hard mode totem, it is possible to set up a totem that kills the other shaman (usually using mass cannonball). It might accidentally kill other mice or the user, though.

The cannonball, if available, is one of the most reliable ways of killing a shaman. It is best used by tricking the shaman into jumping, and then using the time it takes for them to fall to summon it and render them helpless to do anything against it.

One infamous technique often used on Waiting Cheese is to summon a box in front of the shaman and then shoot a cannonball in order to throw them off the map, essentially killing. If executed properly, this attack is almost impossible to avoid.

If the shaman is particularly skilled, they may shoot a cannonball your own box back at you before you can summon yours. You can avoid this by summoning a short red ghost plank between you and the box. You may also want to attach a long wooden plank rising vertically out of the box, making it impossible to jump over. This is also extremely effective when dealing with rogue mice. 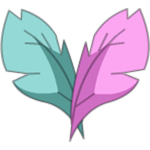