Maps run at full speed, so be careful not to lose the rhythm! The winner must not only finish the map, but also collect the highest number of points.
Defilante (défilante: French for scrolling) is a game mode. It is a racing game where mice use tokens to gain an advantage and finish the map, competing with the "death line" that moves from the beginning to the end of the map, and with other players as well. They then can collect the cheese at the end of the map and go into the hole to complete the map and receive additional points. P18 maps play in defilante rooms.

Defilante consists of 10 rounds, with each round playing defilante map. Defilante maps have tokens, which the mice can (and should) collect to finish the map. All defilante maps are very wide, and the camera will be locked to the player. There is a "death line" that keeps moving from the beginning of the map to the other side. If a player is too slow, the camera won't be focused at the mouse, but instead will keep moving forward, and if the mouse goes off-screen, it will die.

Players are given 2 minutes to complete a map. The time will be set to 20 seconds once the first player enters the hole and the time left is more than 20 seconds, or if there are less than three mice alive. Mice won't die by the "death line" if it is already at the other side of the map, unless it goes off-screen.

There are four main tokens on the game. They are activated by touching them and can only be used once.

To win a defilante game (set of 10 rounds), the player must be the one with the highest score in the scoreboard. There are two ways to get score points:

The scoreboard updates after every round.

When bringing cheese to the hole, the "ranking" is sorted by the most amount of points acquired in that round, instead of the fastest time. If a mouse is the one with the most points at the end of ten rounds, their victory will count as a first.

Completing a map will increase the player's stats and shop cheese (Only 1 cheese per 2 maps), and gives 20 experience points.

by finishing three rounds. The maximum number of coins collected in your inventory is 200. 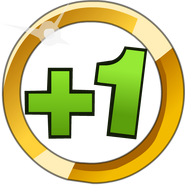