For a list of cannonballs in the shop, see Shop/Shaman#Cannonball.

The cannonball is a shaman item. It is a heavy ball launched in the direction specified by the arrow drawn on it. Available from the shaman menu are cannonballs pre-positioned in the following directions: down, left, and right.do

The cannonballs can be rotated to work in any direction, except straight up, where they just fall down. They lose speed as they are rotated (for example, a cannonball rotated just a little right from straight up will fire/roll leisurely to the right instead of rapidly), which can be beneficial to the shaman that knows how to use that. A cannonball rotated to point perfectly upward can be used to attach objects without moving them, such as making a wheel for a car. If you have the Mad Scientist skill, cannonballs can be shot upwards if rotated to point up. Note that it does not add an up-cannon to your inventory when you are sham.

Cannonballs are commonly used to destroy contraptions such as bridges that are blocking the player's path, and also to blast mice across the map. Another common use of cannonballs is to launch mice on catapults. However they are often used to troll other mice by pushing them off the map or platform. The cannonball is a shaman's primary weapon in Dual Shaman and Survivor. Since the removal of the super spirit the cannonballs are the most effective method of "violent" trolling.

It was once a popular way to troll by using cannonballs in totems, as super spirits were removed, leaving cannonballs the most effective for trolling. Cannons were disabled from being used in totems on 30 January 2011, V0.138, but were later enabled again on 7 March 2011, V0.144a. 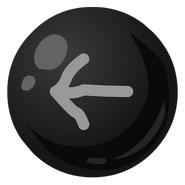 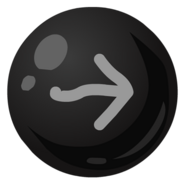 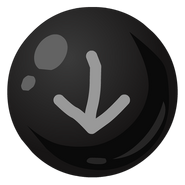 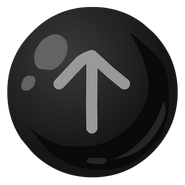 Down cannonball in Poisson

Up cannonball in Poisson 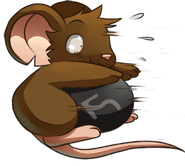 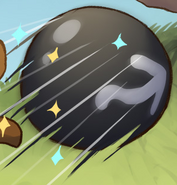