Bootcamp rooms only play the hardest maps of the game. It is therefore intended for experienced players.

Bootcamp is a game mode consisting of maps that test the player's skills of platforming techniques and are typically very difficult to complete. Bootcamp maps never have a shaman and involve extensive use of techniques such as wall jumping, turn arounds, and corner jumping in order to pass various obstacles.

For completed bootcamps to count towards the total, there must be at least four mice in the room. Additionally, joining after the timer has passed 5:30 will void completed bootcamps. However, completing the same map twice after joining will count in a player's profile.

Key G can be used to mort in bootcamp.

To officially play and complete a bootcamp map, mice must follow a certain set of rules.

Any room with "bootcamp" in its name is a bootcamp room. Bootcamp rooms run for six minutes per round and only play approved bootcamp maps. The most interesting feature is that every 15 seconds, dead mice and mice that joined the room after the start of the round automatically respawn. This may cause respawn lag.

Previous to the /bootcamp update, active bootcamping rooms relied on a bot moderator who automatically set the room's map to a bootcamp map and recorded times. The system for bots was to take over the shaman position, keep the same map for a certain amount of rounds, during the end of which the bot would ask though moderation for mice to vote to continue to play this map, or to skip to the next one. Mice voted by whispering the bot either extend or skip. The bot could also be asked rules and help. Bots did not move or respond to any other requests. Bots included Bootmouse, Redobear, Testmodbot, Mapeditor, Xop, and others.

The primary issue with the bot system was that there was there could be a nearly 2-minute wait between each round, and considering the difficulty of the bootcamp maps, most mice died by the first corner jump. Most of the time bootcamping was spent cheering on the few surviving mice, of which most often died eventually as well. Another issue was that once there was one mouse left on the map, the time was reduced to 20 seconds, often causing the last mouse to run out of time before reaching the hole.

Most bootcamp maps require excessive use of these three basic techniques:

Some maps rely on running into a trampoline wall in order to gain speed to reach the next obstacle. Because trampolines bounce mice back at inconsistent speeds, mice generally run back and forth, hitting it and immediately running away, until they find that it bounces them back at a sufficient speed.

A few bootcamp maps force mice to use anchored balls as trampolines to bounce to higher heights. These are generally done the same way as one would reach height on a trampoline: jumping at the height of your bounce.

Bootcamp maps are increasingly forcing players to use the tiny bounce from falling in order to reach the height necessary. By falling, mice can create their own trampoline-like bounce, from which they must immediately jump off to reach the necessary platform. Mice may create their own bounce without a large fall by jumping and jumping again: the second jump will be slightly higher. In some maps, this is required.

A wall-push is an advanced technique which gives you a tramplike boost when jumping off a wall, letting you travel greater distances. Wall-pushing is required for a few maps and many more shortcuts. To wall-push, you must change directions just before you touch the wall, then jump. If successful, you'll notice that you go much farther than before.

Whenever you complete a bootcamp map in a bootcamp room, your bootcamp stat on your profile increases.

The stat does not increase unless there are at least 4 mice in the room.

After Ninja 2016, it became possible to earn bootcamp coins in bootcamp rooms to spend in a village room. Coins are earned for completing maps.

One of the bootcamp maps. 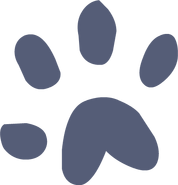