12 May 2022
The 12th Anniversary is an event celebrating Transformice's twelfth anniversary. Double cheese and XP is enabled from 28 April to 12 May 2022.

was released. Entering the hole very late gives you a chance to receive 1 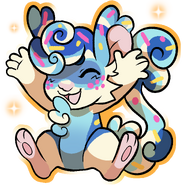